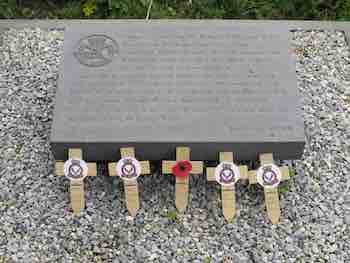 Whatever your name for this day, Poppy Day, Veterans Day, or Armistice Day; it’s one that resonates with all of us somehow. To me, this day is a chance to step back in time and appreciate every effort, every life lost, for us to have our today.

As an ex Air Cadet, this day has a changed meaning to me. Before then, it had remained a day the community came together to remember the soldiers who died in the war and to pay our respects. But having made many friends through Air Cadets and having experienced things, and visited places, that were every historians dream, this day has a much more personal meaning to me.

I have always been a bit of a geek when it comes to History, so when in 2013, and again in 2014, I was fortunate enough to be given the opportunity to visit Ypres, Belgium, my amateur historian heart jumped at the opportunity, and if ever there was a place to experience Remembrance Day, Ypres is it

Apart from now being one of my favourite places to have ever visited, Ypres, is a relatively small Belgian town in western Belgium, situated in the province of West Flanders. Now, if you listened in History at school or have brushed up on the Remembrance Day poems, then Flanders should be familiar to you. 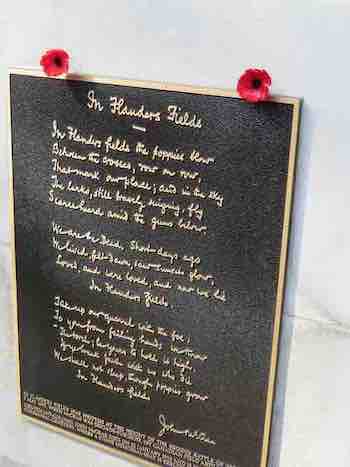 “In Flanders fields the poppies blow

Between the crosses, row on row”

Lieutenant Colonel John McCrae (1915) wrote this poem after losing a friend in battle and noticing poppies in the same field. 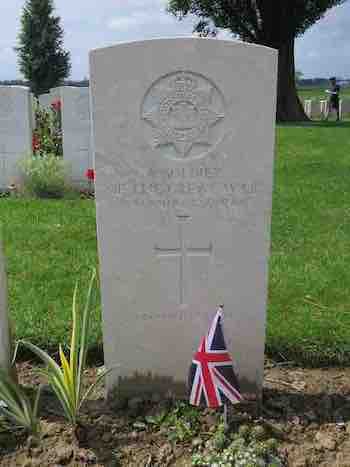 Ypres, was a town reduced largely to rubble during the First World War, and was the site of several pivotal battles throughout the First and Second World Wars –The Second Battle of Ypres, The Fifth Battle of Ypres, The Battle of Menin Road Ridge, Battle of Arras, and of course the Battle of Passchendaele. Being in Ypres, is like experiencing Remembrance Day, every day. Each way you turn the town has made the effort to remember the vast numbers of soldiers who are laid to rest for thousands of miles around – I am unable to put into words how many cemeteries surround this picturesque town, the sheer scale of these cemeteries really hits home as to how many lives were lost, and yet there were far too many more who’s deaths were lost within the tsunami of lives taken. Far too many, and most far too young.

Here in the UK we have a memorial in almost every town, village and city in honour of the fallen soldiers of WW1 and WW2. On this day, the 11th of November, every year we hold memorials and gather in our communities to remember. In Ypres, the Last Post Ceremony, which is televised, takes place every single day. I was privileged enough to be a part of this ceremony. Standing beneath the arch filled with the endless names of fallen soldiers is a memory I will never forget, and although this ceremony takes place daily, the meaning and the impact of it never changes. If you ever get the chance to visit Ypres, I would 100% recommend staying for The Last Post. 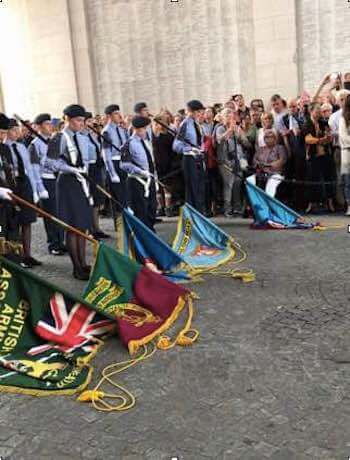 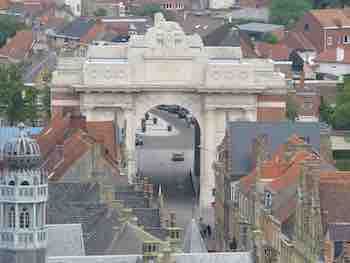 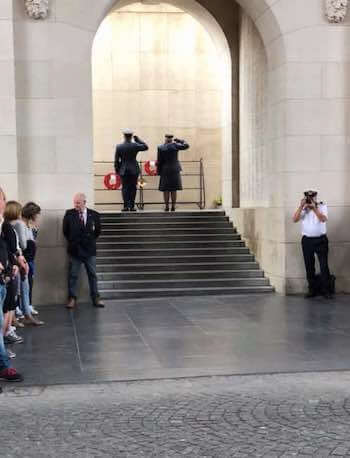 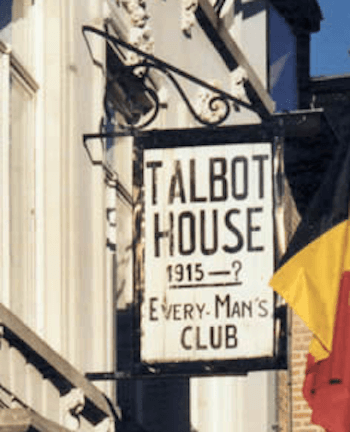 Talbot House is located just outside of Ypres in the smaller town of Poperinge, Belgium. Now-a-day’s it’s a cosy guesthouse/live in museum where any visitors can stay. Not too dissimilar to its role during the wars. Located in between Ypres and Dunkirk, and therefore was would have been unoccupied Belgium, Talbot House was a welcome escape for any soldier. Talbot House was “Every Mans Club”, British, Canadian, French and even German soldiers would find respite here, regardless of rank. 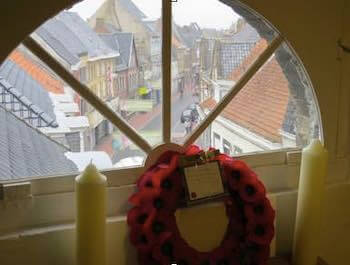 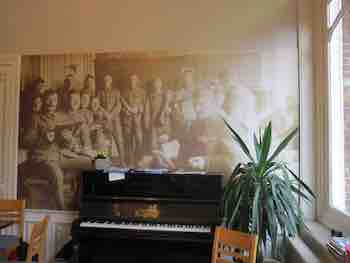 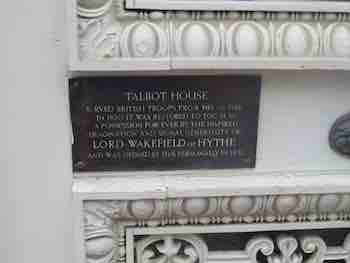 This is a special house with unique stories that show a different side to the war. This was one of the many experiences in Belgium that helped me connect with the past on a personal level. Once you move past the battles and loss, you can begin to connect with the soldiers as people just like you and I, and that is what I remember on this day. I remember their personalities, and their lives, not just their deaths. 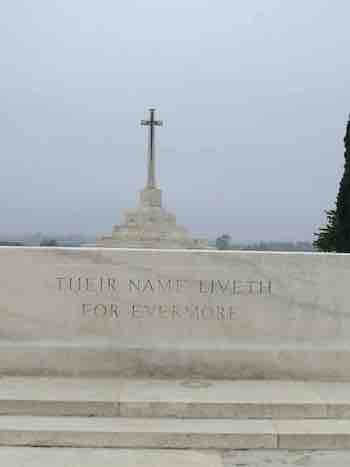 Although nearly on every street in Belgium you can surely find a cemetery, big or small, Tyne Cott dwarfs them all as the largest cemetery for Commonwealth forces in the world, for any war. It is so vast that it can easily be seen from the Flanders Field Museum spiral tower in Ypres, over 10km away. Most of the graves found in Belgium are in organised rows where they were buried next to each other, each grave will show the name of the fallen soldier, their religion, and their age, but there are also many without names. These soldiers were never identified, but beautifully the graves still hold a memory of their sacrifice. Each cemetery is different depending on the country that the fallen soldiers were from. Tyne Cott is largely white grave stones as these would represent the commonwealth, where as German graves are made from black stone and their burials were given less care with far more mass graves. Some grave stones can be seen to be out of the usual row-on-row structure, this is because many cemeteries are more than just a burial ground, they are more often than not the actual locations of battles. The somewhat ‘random’ graves therefore mark the actual location that soldier would have lost his life. 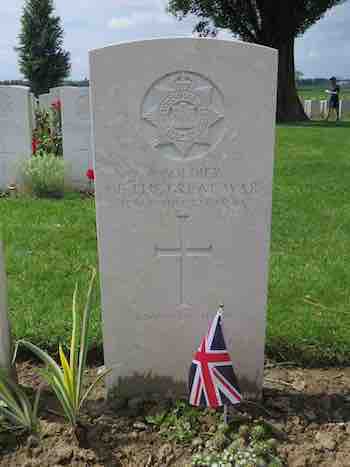 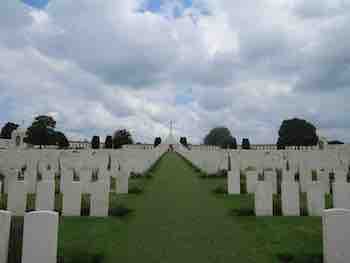 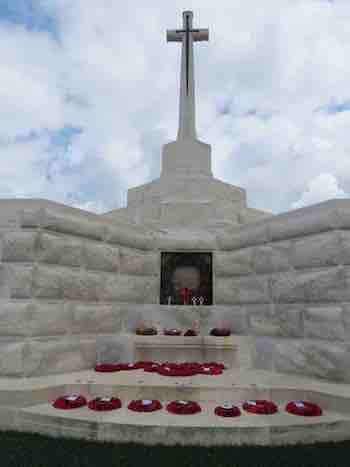 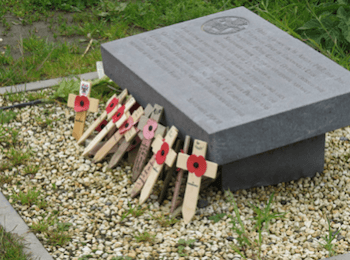 Famously known as the last fighting Tommy, Patch himself had placed this stone in the place where he lost his 3 closest friends during the war, although since it has been stolen, and replaced. If you are able to visit it, please do, the fields surrounding it hold an eerie echo of battle–you can almost hear the rifles in the distance. There is no end to the museums, memorials and battle fields to visit in Belgium, this blog hasn’t even scratched the surface so if you can, do take the time to visit. Perhaps it is due to Air Cadets that my experience of this day is somewhat different to most, or perhaps it was the stories that were I heard during my trip around Belgium – there really is no better place to depict Remembrance Day. Finally, please take a minute to remember the soldiers who gave their lives–and not just on 11.11. 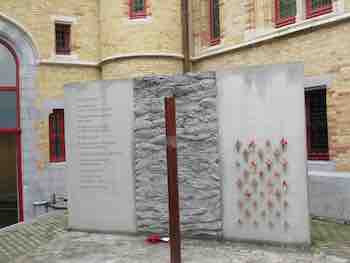 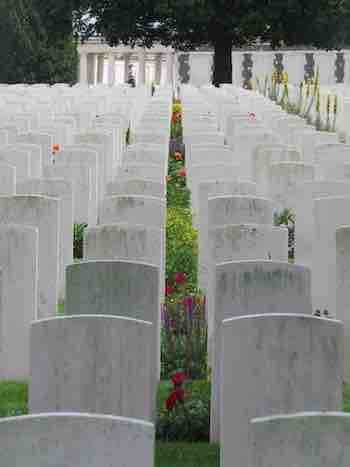 Some of the most beautiful cemeteries that I have ever seen. 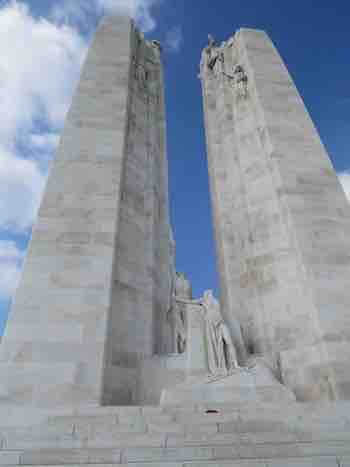 Support The Royal British Legion - Lest We Forget

If you want to visit Belgium battlefields, check our top offers on travels and hotels:

and more from our Hotels, Holidays & Travels category

Score up to 30% off Burton Snowboards (exclusions ...

We are taking action by helping World Land Trust. #GenerationRestoration

In the year of COP26, we are taking climate action by supporting the protection of land through World Land Trust – helping them to save vulnerable habitats at risk from deforestation.

Sustainable Brands that You Need in Your Life

Our Top Sustainable Brands that you will Love

It is becoming increasingly important for us, the consumer and brands alike to harness sustainability. Consumer demand for sustainable brands is growing and some brands can’t adapt quick enough to meet the sudden surge. >>>

How To Make Halloween More Sustainable?

How Can We Make Halloween More Sustainable?

If you are like me, prefer to shop online, to get better Halloween deals, better choices, and save on that precious petrol (as well as help the environment at the same time), you’re in the right place. Check out Voucher Shares tips on more sustainable Halloween this year >>>