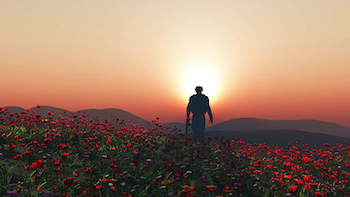 When is the Remembrance Day?

In Flanders fields the poppies blow

Between the crosses, row on row…

Remembrance Day is always marked on November 11 and is a memorial to remember those members of the armed forces who have fought and died in the line of duty.

Remembrance Day and Remembrance Week 2020 are celebrated with socially distanced ceremonies, and many events were cancelled, but we are all still here, paying respect to all veterans who fought for our freedoms and our existence.

You can read a beautiful piece of writing by Anna Taylor, one of our Voucher Shares Team members about how the Remembrance Day is usually celebrated in West Flanders, Belgium.

One of the big differences for this year Remembrance Week is that many charities were not able to hold events and do fundraising in the same way as they usually do. Here at Voucher Shares we thought we would like to feature those who may have missed out on the fundraising opportunities this year.

The Royal British Legion provides practical care, advice and support to serving members of the Armed Forces, veterans of all ages and their families. Our 350,000 members take part in campaigning for new rights to improve the lives of all Service people - past, present and future.

You can support Royal British Legion with: 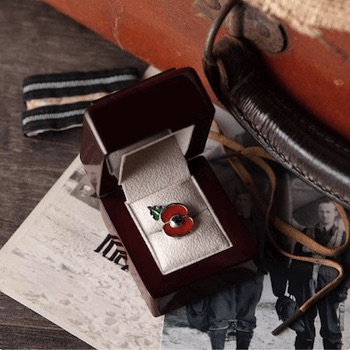 Poppy Shop is the online store for The Royal British Legion and all purchases made from the Poppy Shop help to fund the work of the Legion, providing practical support and advice to Service personnel, past and present, and their families.

The Royal British Legion mission is to reach out to the 500,000 in the greatest need:

The Royal British Legion are there for them at life's critical events - injury, bereavement, at times of financial hardship and when they need care in old age. Nearly a quarter of those The Royal British Legion help now are below the age of 44. Today's economic conditions are already severely affecting the youngest and most vulnerable in our beneficiary group, so even the smallest amount you give, can make a difference.

And remember that they need money all year round, not just during the Poppy Appeal. You can buy beautiful jewelries, watches and gifts from the Poppy Shop and help to raise money with every purchase. 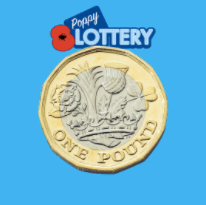 Launched in 2004, it still costs just £1 per week to enter Poppy Lottery and every Friday you have a chance to win one of 200 cash prizes, including the £2,000 jackpot. Plus, you are automatically entered into the special Quarterly Draws with more prizes and jackpots of up to £20,000.

A list of winners is posted on the Poppy Lottery’s website each Friday; there’s no need to claim your prize, we will automatically send a cheque if you’ve won. By playing the Poppy Lottery each week you are also helping the Legion to provide a lifeline to serving and ex-Service people and their families.

Why play the Poppy Lottery? All profits from the Poppy Lottery go to help the work of The Royal British Legion in its role of caring and campaigning for our Armed Forces and their families.

There are many reasons to play the Poppy Lottery, here are a few of them:

Happy Singles Day! The Single people lifestyle is celebrated around the world this week.

The date, November 11th (11/11), was chosen because the number "1" resembles an individual who is alone. Treat yourself to celebrate Singles Day 2020 with these exclusive voucher codes and deals >>>

Here we are again – another month of “stay at home if you can” to fight the second COVID -19 pandemic wave. But what about Christmas shopping? You can shop amazing bargains online with all of your favourite retailers and no need to cue. Get all of your Christmas shopping done fast, stress-free, and in a much more sustainable (and Safe!) way >>>

World Vegan Day is an annual event celebrated by vegans around the world every 1 November. Vegan lifestyle is becoming more and more popular every day. So as it’s World Vegan Day we wanted to share this recipe (and some great vegan vouchers) with you all in celebration... >>>