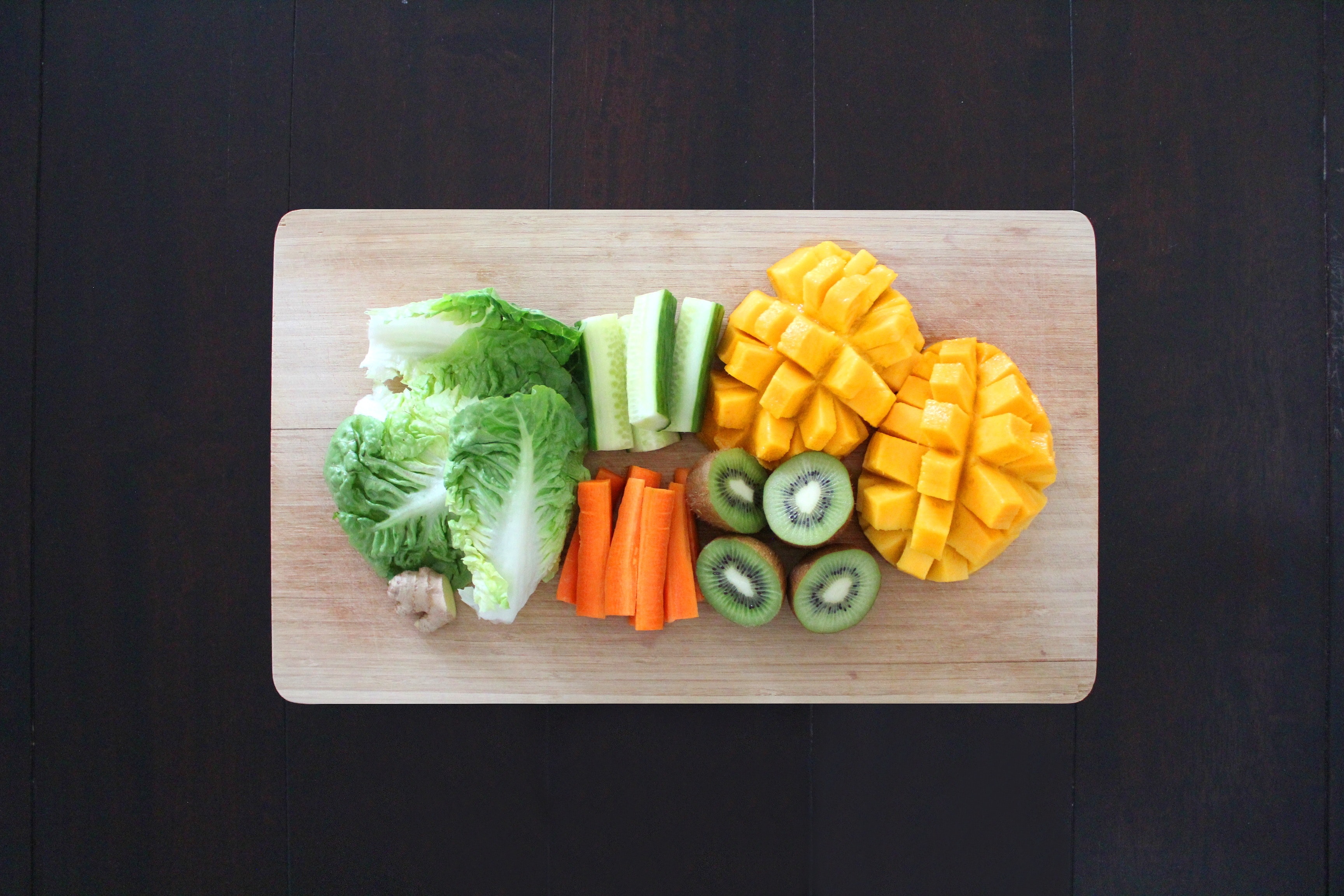 When did veganism start?

World Vegan Day was founded in 1994 to commemorate and promote the vegan lifestyle.

But how and when did veganism start? What do we know about its origins?

In all honesty, not a huge amount as for obvious reasons there aren’t many records of who and when someone has become vegan. However, we do have some information.

Vegetarianism and veganism have been around for a good many years. Originally there wasn’t a clear distinction between the two types of diets, anyone who abstained from meat was a vegetarian, whether or not they ate eggs and diary. The Vegetarian Society was founded in 1847. Curiously, in 1888 a group split off and formed the London Vegetarian Society, of which Mahatma Gandhi was a member for the 3 years that he lived in the UK! He was very much involved in it, attending all its meetings, conferences and contributing articles. Later on, the two societies amalgamated to form the Vegetarian Society of the United Kingdom (1969).

Eventually, the members of the Vegetarian Society who believed in not only abstaining from meat, but also from all animal derived products, decided to form their own society in order to avoid confusion and the clashing of their different views.  After several suggestions as to what they should call themselves and the society, the word vegan was proposed (based on the beginning and the end of the word vegetarian) and it has been used ever since. The Vegan Society was founded in 1944, to a great extent initiated by Donald Watson, who also became its secretary as well as the editor of The Vegan magazine. He was later elected the society’s first “President” and a life member.

In the early days of the Vegan Society, the focus was on how to be vegan, since there were practical difficulties like finding vegan foods and various items, like shoes. They didn’t need to discuss why one should be vegan because everybody agreed on the reasons. Fast forward today, and the society’s role has changed. There is plenty of information on the internet for anyone who wants to know how to become a vegan, and where to find vegan foods. So, the Society now has a different focus – to influence policy makers, manufacturers, the health care sector and other organisations in order to make it easier for vegans to be vegans.

The first ever World Vegan Day was held on 1stof November 1994, to mark the society’s 50thanniversary. Eventually the entire month of November became the World Vegan Month.

Wishing you all a happy World Vegan Month!

Try this vegan Minestrone-type soup on a cold November day.

Below you will find our favourite family soup, a Minestrone-type soup. I first made this soup when my daughter was about 3. She didn’t like the idea of eating soup, but I gave her a piece of bread to dip into the soup which she loved, and she picked out and ate the pasta. By the time I made the soup again, she had decided that she liked potatoes. So again, armed with a slice of bread, she dipped it into the soup and ate the pasta and potatoes. Eventually she ate the entire soup. And now she is 12, and it is one of her favourite dishes, I sometimes give it to her in a flask to eat in school as her lunch.

You can use any pasta you like: shell pasta, penne, fusilli, farfalle.

If you want to make the soup gluten free, use the vegan and GF Swiss Bullion, and any GF pasta. I used GF red lentil pasta this time, and it held it’s shape nicely.

If you prefer to leave out the pasta, make sure you add less broth as the pasta absorbs the liquid and thickens the soup. Otherwise you will end up with a very watery soup. And if you want more pasta in the soup add some extra broth.

For beans, I use tinned beans as it cuts down on cooking time. Again, use any beans you like: cannellini, kidney, aduki, black beans, butter beans.  Over the years I have used them all!

Put olive oil in large saucepan and heat it. When hot put in the onion, garlic, potato and carrot, turn heat to low, put on lid and let it sweat for 5 min.

In the meantime, boil the water in a kettle, pour into a measuring jug (you might have to add 500 ml at a time), add the bullion to the water and mix well. If you like a milder tasting soup add 4 level tsp, if you want a stronger taste, add 4 heaped tsp. Pour into saucepan.

Cook on low heat for 15-20 stirring occasionally, or until the potatoes and pasta are cooked.

Serve with bread or a roll. 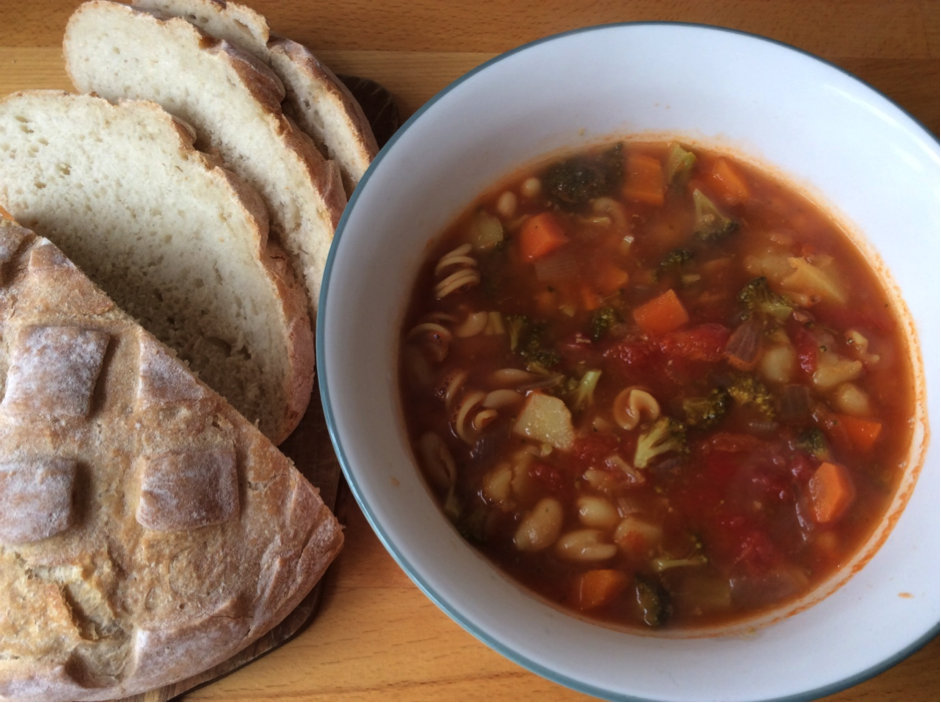 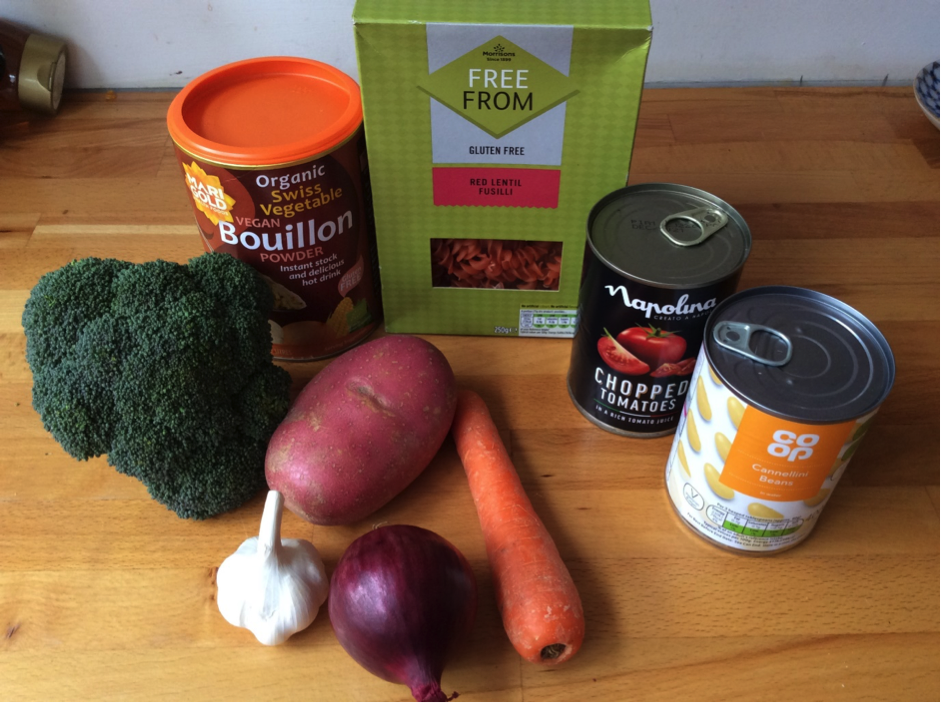 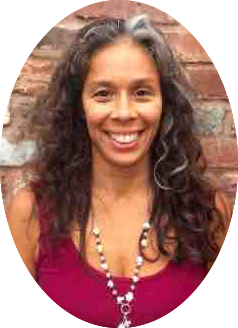 Check out our latest Vegan products voucher codes and deals

If you’re living life on a student budget then Halloween marks the start of a gruelling few months for your bank account - the student loan supplies usually begin to dry up at this stage in the semester. Christmas, New Year and Valentines (no reason you can’t treat yourself too) are all fast approaching but don’t panic, we’ve got your budget Halloween sorted >>>

What it means to be a sustainable and socially responsible company

With the ever-growing awareness surrounding sustainability, it’s more important now than ever before for companies to work together and behave in a way that has a positive impact on the environment and the world. Social responsibility in 2019 is much more than turning lights off and recycling >>>

What is the Scariest Thing About Halloween?

Gone are the days when we feared witches and ghosts arriving on our doorsteps on Halloween or a trick being played on us! These days the scariest thing about Halloween is the amount of waste from Halloween costumes and decorations. Did you know that polyester is made from oil and is a form of microplastic. >>>